From Clutter to Calm

Welcome to From Clutter to Calm, a space where I share organizing tips & ideas – and a few other finds. As a professional organizer with a penchant for cooking and shopping, I may also share a recipe or two, a great bargain, or my latest shoe obsession – all with an eye on making busy lives less hectic, less chaotic, and more organized!

I’d love to hear from you. Let me know what challenges you face in getting your life from clutter to calm, what kinds of tips you’d like to see here, or just say hello. If you’d like to learn more about me, or my organizing business please visit my website. Or, you can email me.

The Academy Awards are just days away. Will you be watching? Or maybe going to party? I never miss the show, even if it can drag on a bit. Isn’t it all about the gowns anyways!

We have what has become a pretty annual Oscar night tradition. We get together with another couple and trade off viewing the big event at one of our homes. We like that our little party is small, yet festive. One of our traditions at this little soiree is to theme the food we prepare to the nominated movies. This was pretty simple when there were only five movies, as all the courses were pretty much covered. If I say so myself we were pretty creative with our dishes and paired them quite well to the movies.

Now that there can be up to 10 nominated films, our task has become more challenging, yet also ripe with choices. Clearly we aren’t going to have a 10-course meal, so this year we’ll choose a signature drink, an appetizer, salad, main course, veggie dish or two and a dessert. 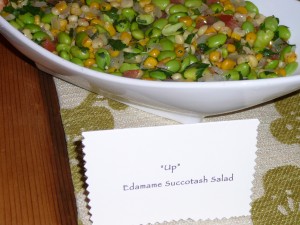 Last week my friend Avis and I met over lunch to develop our menu. She found a website that seems to have stolen our idea and developed their own themed Oscar menus, only they take it a step further and offer full menus for each nominated movie. We thought, what the heck, let’s try some of these themed recipes this year. To give you a little sneak peek, our dessert will be Chocolate-Almond Cupcakes with Fluffy Coconut Frosting, representing the movie HER. After all, isn’t dessert the most important part of the meal? 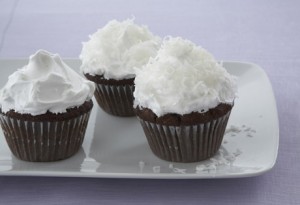 No Oscar night would be complete without a little competition. PDF’s of the official ballot are available online. We make our selections prior to the show’s start, write our names on our individual ballots and then, to keep things honest, we trade ballots and score as each award is presented.

The prize is just a little statue that the winner gets to keep for the next year, of course immediately labeled with the winner’s name and the year. I can’t recall who won last year; I think it was a tie. Prior to 2013 I might have won a few years in a row. I’m just a tad competitive! Perhaps I can reprise another victory this Sunday. 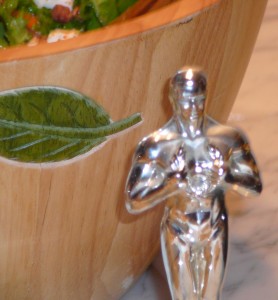 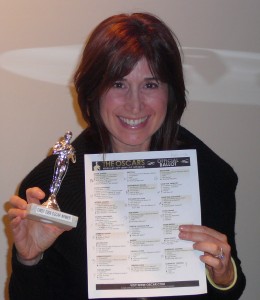 If you really want to shake things up choose a character from one of the nominated films and come in costume.  Our friends had us laughing hysterically when we answered our door in 2010. David didn’t realize (at first) that his friend was a character from the movie UP, but instead thought he was a neighborhood Boy Scout!! Something tells me we will be doing the American Hustle this year. 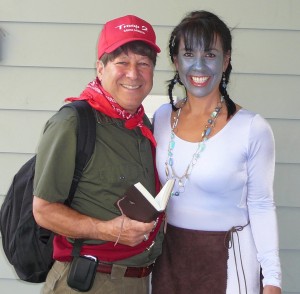 Whether your Oscar party is small or large, prepare and organize ahead so you can enjoy the festivities.

1/ Set the menu and shop for food/bar ingredients a few days ahead
2/ Select serving dishes and cocktail paper goods
3/ Make signage for your food (optional)
4/ Make your dessert on Saturday
5/ Print ballots and lay out pens
6/ Get your costume ready!

Send From Clutter to Calm straight to your inbox